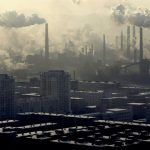 The opening scene of the movie “The Blues Brothers,” is an aerial view of the massive industrial landscape of Joliet and Calumet City, Illinois. Chicago has the distinction of being one of the few cities in the US that is both cosmopolitan while simultaneously being heavily industrial. Here US Steel and Swift Meat Packing rubbed shoulders with Wrigley and Sears Roebuck. As much as heavy industry contributed to the movement of raw materials in and freight out of the city, there were massive amounts of less than carload lots (LCL) of merchandise that arrived and left the city each day. Huge forwarding warehouses were operated by all the major railroads, some taking up acres of land. In the city itself, many of the downtown businesses were served by an underground electric narrow-gauge railroad, the Chicago Tunnel Company. This little railroad delivered coal, merchandise, and mail, while outgoing was mail, merchandise, and ash. 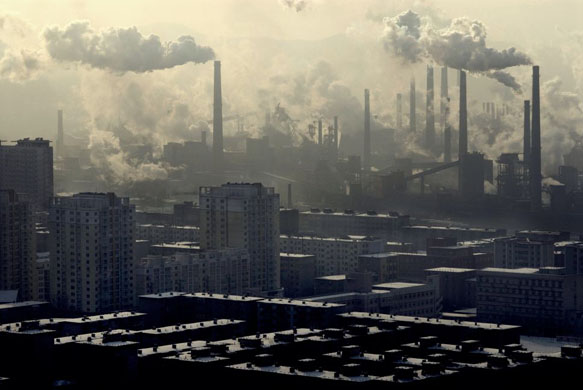 HOG Butcher of the World

Chicago’s prominence as the nation’s freight handler has never been challenged. What has changed is the nature of that freight: “Hog Bucher of the World”, or cattle butcher. Starting in 1865 and peaking in 1924, more meat was butchered in Chicago than in any other place in the world. The Union Stock Yards &Transit Company operated for over 106 years. The four major partners in the company were Swift, Armour, Morris, and Hammond meat companies. The yards closed down in 1971. Thousands of cattle and refrigerator cars were loaded and unloaded in the yard every day; this was a major source of revenue for the railroads. Sheep, hogs, cattle, and horses were brought in. Meat and its by-products, such as glue, were shipped out. Yes, you read that correctly, horses! They went into dog food as well as the large glue factory that was at the facility. In fact, an old movie and vaudeville line referring to old horses went something like this, “he’s ready for the glue factory.” Today, PETA would complain loudly.

From the blast furnace of Calumet City and Gary, Indiana, to the McCormick Harvesting Machine Co. at Haymarket Square, Chicago was truly the Nation’s Tool Marker. Chicago was and still is an industrial city. There are still steel mills along Lake Michigan and the Calumet River. Manufacturing is still being done throughout the city and surrounding areas. The McCormick Harvesting Machine Co. is now International Harvester and is located in the Chicago suburb of Melrose Park. As for the McCormick Company it will forever be remembered for the Haymarket Affair in May of 1886. This labor incident was the start of the long struggle for the eight hour day; today it is remember around the world as May Day. Yes, May 1st is celebrated around the world not because of some event during the Bolshevik Revolution, but what happened in Chicago during the week of May 1st 1886, leading to cries of “Workers of the world unite!” 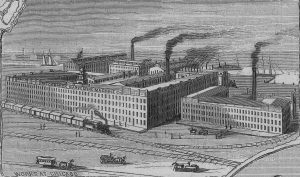 No matter what you think of as heavy industry, it is always steel making that garners the most respect. From South Chicago to Gary, Indiana, the shores and rivers along Lake Michigan became a natural for situating these mills and their ore docks. Large ore boats would bring in iron ore and coal to these facilities. There the coal would be made into coke and that in turn would be used to convert iron into steel. The scale of these facilities was not measured in acres but in square miles. Giant bridge cranes would unload the ore boats, and coke ovens would cook coal into coke. Blast furnaces would start the steel process by making pig iron. Open hearth, basic oxygen, or electric furnaces would refine the pig iron into steel. Huge rolling and stamping mills as well as continuous casters would roll and cast the steel into machinable shapes. In and around the mills are miles of railroad tracks, over which special rolling stock built only for use in the mill would operate. They included hot metal cars, slag cars, and ingot mold cars, which would carry hot metal from one process to another. Out of the mill would roll steel coil cars and mill gondolas with steel slabs, as well as chemical cars carrying coke byproducts.

Chicago’s close proximity to the bread basket of the world gave it a big advantage 100 years ago. Today that has come to an end. All those grain elevators that use to line the shores of Lake Michigan and the rivers that flowed into it are gone. Only two now remain within Chicago, both at Port Chicago. However, Chicago still remains a big player in commodities, of which wheat is a major part. The Chicago Board of Trade, now merged with the Chicago Mercantile Exchange, handles much of the sale of commodities (farm products) in the US. Therefore, Sandburg’s reference to the importance of Chicago as a stacker of wheat remains true, even without the physical presence of the wheat itself.

Much of what Carl Sandburg wrote about in Chicago still holds true today.  Stormy, husky, brawling, is the line before City of Big Shoulders, and those three words still apply. Stormy — it’s still the windy city; the winters can bring some severe storms. Husky — its city center now has the two tallest building in the US. And it is still brawling — the Bulls, Bears, and the White Sox have all been crowned champions recently. Only Harry Caray’s Cubs remain perennial losers, they just can’t get over the jinx of the goat from the 1930’s.  But to those of us who love trains, Chicago will always be the Player of Railroads and the Nation’s Freight Handler.

With Chicago’s relationship to trains, it is not surprising that one of the most requested themes for building a new layout has been Chicago. As of this writing we are building a train layout that includes highly detail replicas of many of the major structures in Chicago today. They include Trump Tower, Marina City, and Sears Tower, plus the Wrigley Building, the Palmolive and Hancock Buildings, and the Conrad Hilton Hotel. There will also be a model of the Chicago Elevated train system. SMARTT  also built the Chicago L for the model railroad display we built at the Chicago Museum of Science and Industry as well as the animated steel mill and blast furnace. Other private projects have included numerous Chicago area industrial and warehouse buildings and a scaled down version of Chicago Grand Central Station. 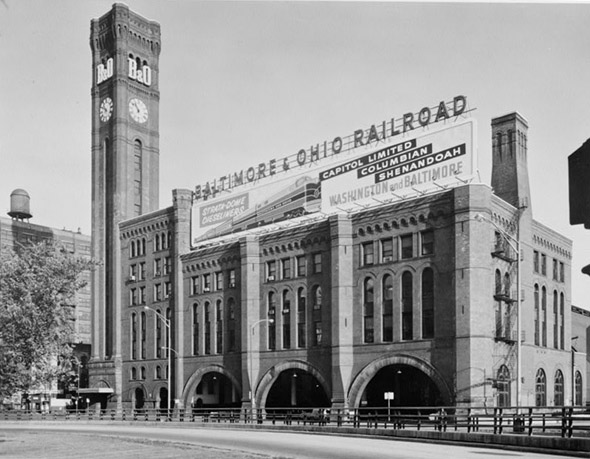 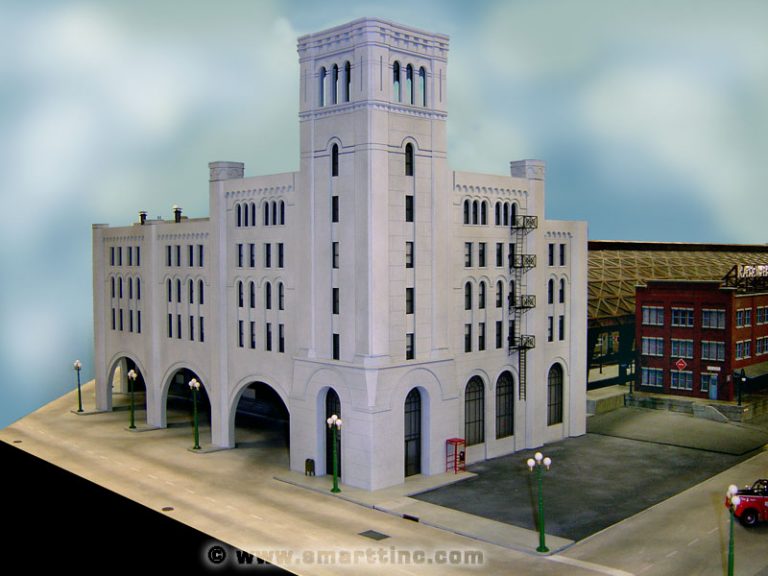 Here’s a station that SMARTT custom built based on the design of the Chicago Station above.