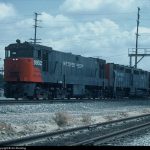 The U Boat line

The advent of GE’s joining the US locomotive market and the success of their 2500 HP U series locomotives fueled a race among the three builders to produce even higher horsepower models. EMD would counter with its GP30, GP35 and SD35. ALCO responded with its Century Line of both B and C truck locomotives.  In contrast to the nearly 600 GE U-25’s, EMD would sell close to 1700 GP35’s and SD 35’s; this would leave ALCO third place in sales. The success of the U-25b and c did not carry over to the 2800HP U-28b or the U-28c; only 219 were sold in total. However, GE would bounce back with the 3000HP U-30b & U-30c; they would sell a whopping 896 units to over 20 different railroads. Both the U28c and the U30c introduced a new six wheel truck design, eliminating the offset three axle trucks. This design was first introduced back in the late 1940’s by ALCO-GE and used on their RSC and RSD line, as well as their Century C628 and C630 road switchers.  GE followed the U-30’s with their four final U-boat products, the U-23, U-33, and U-36, offered with both B and C trucks, and their U18b. The final group had mixed reactions, with the U23b selling the highest number, 481 units, and the U36b becoming the highest HP B-truck locomotive up until that time. EMD introduced the GP-60 in 1985. It had a prime mover that produced 3800HP. 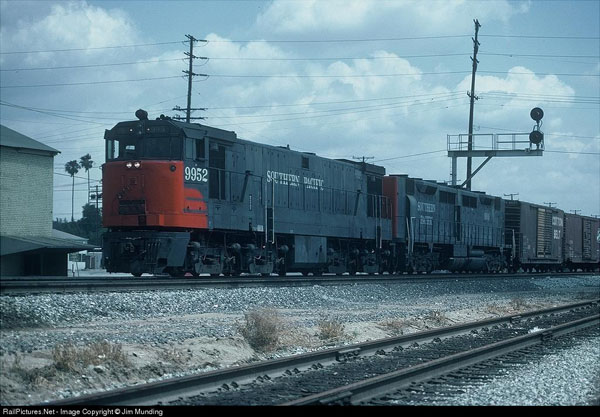 The high horsepower race is on! Here we see a U-50b teamed with an EMD DD-35.
Note the four sets of B trucks. Photo by Jim Munding from RailPictures.net.

The middle to late 1960’s would bring some very interesting and unique locomotive designs. The race for high HP reached a crescendo with the three builders offering a single locomotive with duel prime movers, thus, doubling their respective HP output. EMD offered a 5000 HP DD 35, riding on two eight-wheel trucks. They offered this model both as cabs and boosters, A and B units. ALCO countered with their C-855, a 5500 HP model riding on four sets of B trucks; it was also offered in cab and booster models. ALCO would sell only one A-B-A set to the Union Pacific. GE offered two models, both at 5000HP: the U-50b, which rode on four B trucks, and the U-50c, riding on a set of C trucks. GE sold a total of 26 U-50b’s and 40 U-50c’s. SP and UP took delivery of the U-50b and UP bought all of the U-50c line.

This period in railroad history also saw a huge decline in rail passenger service. In fact all three builders stopped listing passenger locomotives in their catalogs by 1960. EMD would offer its SD-35 as a duel freight-passenger locomotive by adding a steam-heat generator and classing it SDP-35, special duty passenger. EMD would later build a full car body model, the FP-45, that they sold to both the Santa Fe and Milwaukee Road. ALCO would skip this market totally in the US, but GE would build two models, the U-28cg and the U-30cg. The U-28cg was a stock U-28c with a steam heat generator. Santa Fe took 10 but did not like the fact they resembled freight locomotives in appearance. They returned to GE with a request that any more passenger locomotive deliveries need to look the part; Santa Fe still took great pride in its passenger trains. GE came up with a U30 model with a fully enclosed cowling that was made with stainless steel fluted side panels. The locomotives were painted like the U28cg, in the traditional SF Warbonnet paint scheme. 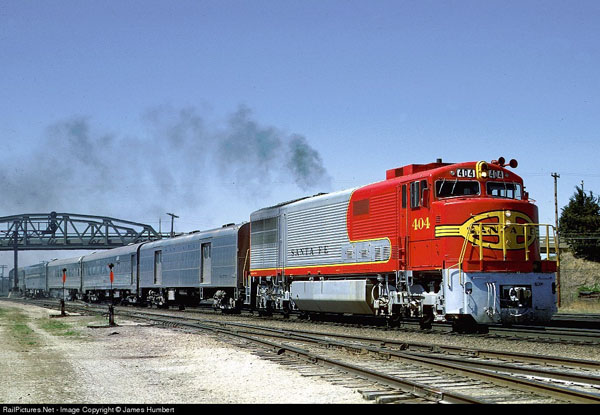 GE did return to their U-30c design one more time as a passenger locomotive, this time for Amtrak. The model would be designated P-30ch. Amtrak took 25 of these full cowl, car bodied, HEP (head end power) locomotives. These were Amtrak’s first locomotives built without steam-heat generators. The P-30ch would end their 18 years of service hauling Amtrak’s Auto-train and the City of New Orleans. Ironically, when GE announced its final production U-boat models, the U-36b and c, Auto-Train Corporation would take delivery of 13 U-36b’s. These units were built to the same specs as the 108 Seaboard Coast Lines order, including riding on EMD Bloomberg Trucks. Since Auto-Train would have separate cars supplying steam-heat to the passenger cars, it was not necessary for the locomotives to have that capability. As for those Bloomberg trucks, they were painted purple along with the entire underbody! 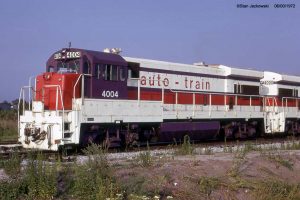 Yes Virginia, those ARE purple Bloomberg Trucks under the Auto Train U-36b. Photo by Stan Jackowski.

By 1969, ALCO would exit the locomotive market in the US. ALCO’s Canadian subsidiary Montréal Locomotive Works would still build models for the Canadian market. The race to produce a model with 4000 HP would be on, however, that much HP provided by a single prime mover would not be seen until the 1990’s. GE did a PR campaign about an experimental 4000HP locomotive calling it the XL line. I do believe they built one, however, I cannot find any info on it. GE did get up to 3600HP, matching EMD’s SD45, F45, and FP45, as well as ALCO’s C-636. As previously stated, GE built both an U36b and U36c where as the EMD and ALCO 3600HP locomotives only rode on C trucks. As for the U36b, Seaboard Coast line took delivery of 108 units, plus 25 Mate units (road slugs). The Mates were used exclusively in the Bone Valley region of Florida hauling Phosphates.

Starting with its U-28b, built for the Norfolk & Western Railroad, GE did build its share of short, high-hood locomotives for both the N&W and Southern. Like all Southern models, the GE units were built to run long-end forward, giving the locomotive crews the best possible protection. Railfans would dub the U33c the same nickname they gave the EMD counterpart, “Hammerheads,” because of the flared radiators at the end of the long hood. 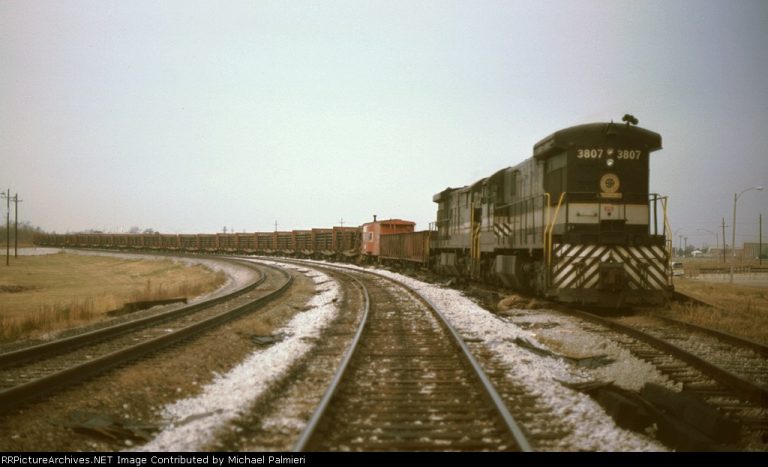 Next, in part 3, U-boat models that you can run on your layout.