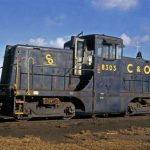 Das U Boat, The GE Version

Part I: Genesis of the U-Boat

In the early post World War II era, the US railroads needed new locomotives fast. The war had taken a toll on their aging locomotive fleets. The War Production Board limited the number of new locomotives that locomotive builders could produce. As a result of the war effort, U.S. industry was geared for ships, tanks, and planes, not locomotives. Therefore, the nation’s railroads were forced to move record levels of freight tonnage never before seen with a fleet of locomotives that, for the most part, predated the Great Depression. Add to these freight numbers the record-breaking numbers of passengers, many of whom were on-duty service personnel, who also had to be transported by train. By 1945, the locomotives fleets were tired and worn-out and needed replacements. 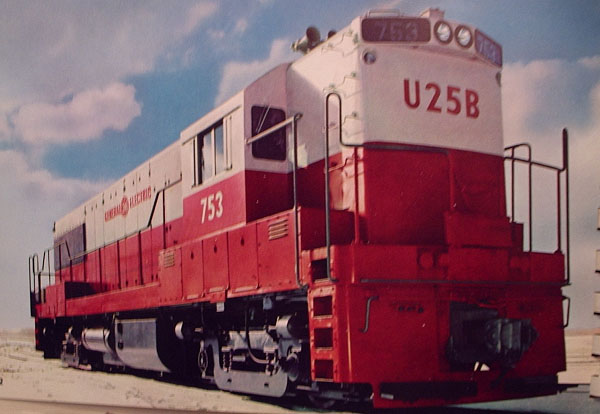 The first GE U Boat, the U-25 B, note the short high hood, photo nocookies.net

The American Locomotive Company (ALCO), Lima, and Baldwin, as well as some railroad company shops (The PRR Juniata Shops for one) were ready to retool back to building steam locomotives. However, starting in 1939, the new kid on the block, Electro Motive Division of General Motors, began to produce diesel locomotives for passenger, freight, and switching operations.  Their highly successful E series passenger locomotives were joined by their FT line of dual passenger-freight locomotives in making major inroads on the nation’s locomotive fleets. These locomotives performed superbly under the grueling demands of wartime tonnage and passenger levels.

As soon as the WPB began to lift restrictions, EMD went to work on developing their E-7 passenger locomotive and their F-3 freight locomotive. The new models would be offered in cab (A-units) and booster (B-units), a repeat of their offering of both the E-3 through E-6 and their FT series. More and more orders flooded EMD for these new locomotives; ALCO and Baldwin were now forced to develop their own line of diesel locomotives in order to stay in business. ALCO had some success prior to the war with their DL 109 and 110 locomotives, but Baldwin’s only entry into the diesel market was their VO line of switching locomotives. Baldwin and newcomer Fairbanks Morse would enter the mainline locomotive market in the late 1940’s and then leave before the end of the 1950’s leaving only EMD and ALCO building mainline locomotives. 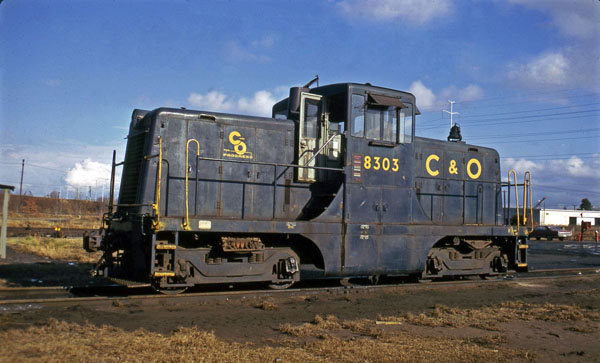 A C&O 44 tonner, these engines were small but handsome.
photo from blogspot.com.

Enter General Electric. GE had teamed with other locomotive manufactures in the past, mostly supplying them with components for the electric traction motors, Ingersoll-Rand in 1928, as well as ALCO. GE also released a small line of light switching locomotives after the war: the GE 44 and 70-ton locomotives. These light diesel switchers were very popular among the railroads, allowing them to replace their fleets of 0-4-0 steamers with the versatile and economical 44 and 70 tonners. The 0-4-0 locomotives needed a crew of 3, while the 44 and 70 ton locomotives could operate with a single person, cutting expenses considerably.

By the mid 1950’s GE began to develop its own heavy road-freight locomotive, and in April of 1959 GE un-veiled their new U-25b. A road switcher capable of producing 2500 horsepower, this was the most powerful road switcher available at the time, beating out EMD GP-20 with 2000HP and ALCO RS-27 with 2400HP.

Road Switchers were first introduced by ALCO-GE with their RS-1 in 1941. The term indicated a locomotive with a dual purpose, one that could be both a switching locomotive as well as a mainline road locomotive, capable of being MU-ed with other locomotives. EMD GP-7 was the breakthrough road switcher selling over 2700 units.

16 different railroads would buy 478 units between 1959 and 1966. The U-25b was followed by a six wheel version designated the U-25c. The U25c would ride on the same six wheel truck used on ALCO C-C road switchers, the four wheel B truck used on the U-25b matched the B truck also used on all ALCO road units. These trucks were what GE had supplied ALCO with prior to GE going independent; therefore they were GE designed trucks. GE would sell 113 U25c units to 6 different railroads.  These two models would pave the way for GE to drive ALCO out of the locomotive market.

More next time in part 2.