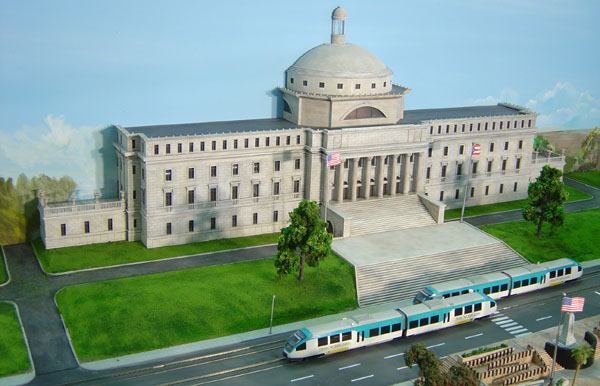 Since 1995, SMARTT  has produced a series of projects both private and corporate, catering to the serious layman collector, professional firms, commercial enterprises, public institutions, and government agencies alike. Throughout this time, the design and manufacture of custom built model railroad layouts has become the mainstay of the company. A short list of some notable projects over the years includes:

In 2002, "The Great Train Story" train layout permanent display for Chicago's Museum of Science and Industry

In 2004,  the "Magic of Toy Trains"  layout for the California State Railroad Museum in Sacramento, California

In 2004,  the super-animated Aventura Station  layout for Turnberry’s Aventura Mall in Aventura, Florida

In 2007, the creation and installation of the "On Rails" light rail exhibit for Banco Popular’s head office in San Juan, Puerto Rico

In addition to the extensive array of Model Railroad Layout projects, SMARTT  has done work for

Synchro-Lift – a division of Rolls Royce

So come on! What can SMARTT build for you?