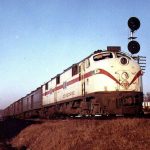 Let’s see how, or if we can model those beautiful Florida passenger trains. For those who love to model passenger trains the time has never been better for ready-to-run models. Let’s start at the natural beginning — the locomotives, both Steam and Diesel.

Steam is difficult, unless you have the money to buy brass (and even with brass there are very few models available). I do not believe that there is one single ready-to-run plastic model out there that would work for ACL, FEC or SAL. Now that does open the door for those who are skilled kit-bashers or scratch-builders. Perhaps some of the USRA locomotives now available can work. An Oriental Powerhouse USRA Heavy Pacific has been converted into an ACL P-5a. If anyone has built any other model of a Florida related passenger steam locomotive, it would be great hearing from you. Also the ACL-SAL Historical Society could be a big help; they are a great group and their dues are only $28.00 a year. Visit them at www.aclsal.org. In brass, Overland Models did make an ACL R-1 4-8-4. I also believe PFM came out with a WP 4-8-2 that was formally a FEC locomotive. It was later sold to the WP.

Diesels are a different story thanks to Proto-2000 line. Proto has come out with just about every E-3/4/6, E-7, and E8/9 in both A&B units in Southern, L&N, FEC, Seaboard, and ACL paint scheme. This includes most of the different schemes applied by each railroad over the years. Now a modeler of a specific train for a specific era wouldn’t have to do a custom paint job for most railroads. Let’s go a little further into this:

Models of interim schemes, such as the Seaboard Coast Line using the SAL mint-green units replaced the Seaboard lettering with large SCL letters. Below is an example of an E-7/ E-8 pair on a Mail train, possibly the Palmland in Cary, NC. This type of scheme would have to be a custom paint job. 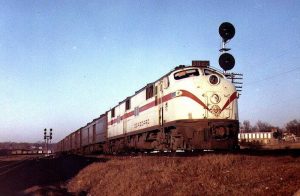 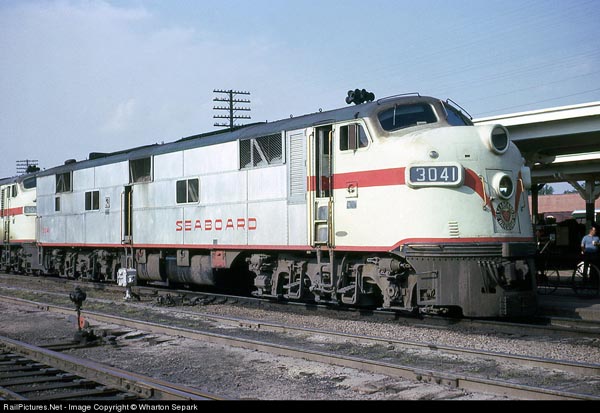 Here is a one of a kind scheme: silver, mint green with the red stripe, and green roof.
The unit had stainless steel side panels applied to the car body beyond the cab. This
would also need to be a custom paint job.  photos by Wharton Separk on www.railpictures.net

There were many different variations of the different paint schemes; too many to be brought up here. However there are many very good books available on the subject, plus the different historical groups would also be a big help.

Let’s now take a look at the passenger cars that made up these trains. Steam era trains are now easier to find than just a few years ago. Many of the heavyweight sleepers and even some coaches are now available either in kit or ready-to-run (RTR). Both Walthers (RTR) and Branchline, in their Blueprint line (kit & RTR) have a large variety of heavyweight cars. Many of these cars come painted and lettered for cars that would be used on Florida trains. The other option is to paint and lettere these cars yourself, since the heavyweight era cars were two basic colors, black roof and underbody with Pullman green sides. They would be easy to do, even for the most novice modeler. Again for reference help check books and the internet, as well as the RR historical groups.

An interesting mix of colorful diesel locomotives and heavyweight equipment for a first class passenger train was the Orange Blossom Special. The OBS never was slated to be modernized by the Seaboard and remained a heavyweight train right to the very end. The only change it went through post WWII was for its cars to be repainted with gray side, with a maroon window band.

Passenger cars from foreign roads would show up on trains bound to and from Florida, in both the heavyweight and streamline era. These would include everything from sleepers, coaches, and head end cars (baggage, postal and express box cars and reefers). Most would be from connecting roads. Pennsylvania RR and the Richmond Fredericksburg and Potomac equipment would be the most prevalent. During the winter season cars from as far away as Canada would show up to help fulfill the need for passenger space. The Florida Special, one of the last extra fare trains in the US, would look like someone who went to a hobby shop and just picked out as many different road names of passenger cars as possible. Another interesting occurrence was that in the 1956-57 and 1959-60 winter seasons for the South Wind, the PRR leased two dome cars from the Northern Pacific RR. It was the only time a dome car ever graced a PRR train. The car was only available in brass from Challenger Imports, it sold for $450.00. The South Wind ran from Chicago to Miami and back.

It is harder to find the right equipment for the streamline era for Florida trains. There is a fair amount of RTR equipment available from Walthers, mostly sleepers and a few other cars. ACL bought some surplus cars that the C&O RR had ordered but never took delivery of. See example (below).

You are going to have to be creative, however, if you are looking for authenticity in these train sets. You should have good skills in both model making and painting to go in this direction. There are items available that can help. Over the years the different historical groups have brought out various passenger car sides that are correct for Florida trains. They also offer custom decals for the some trains. Most famous of these is the Sun Lounge Cars, that ran on the Seaboard’s Silver Meteor (below). 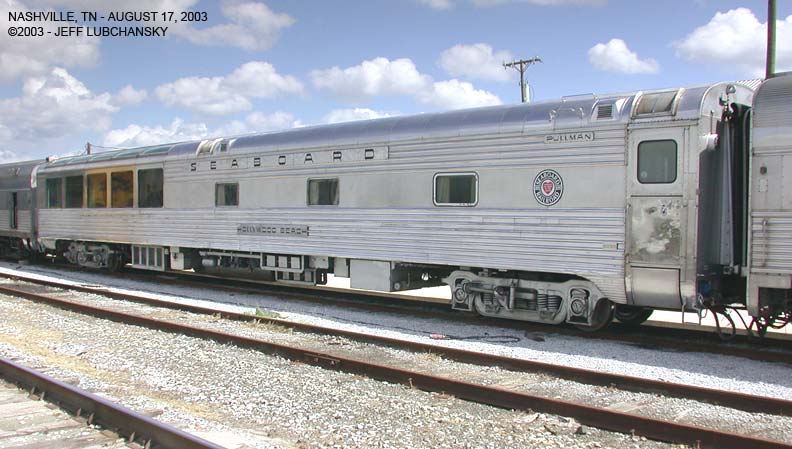 There were three of these cars. One, the “Hollywood Beach,” has been restored.
Of all the cars that were used on trains that ran into Florida these were the most
unique. Both Silver Meteor photos by Jeff Lubchansky from
http://www.trainweb.org/web_lurker/SALSeaboardAirLine/ 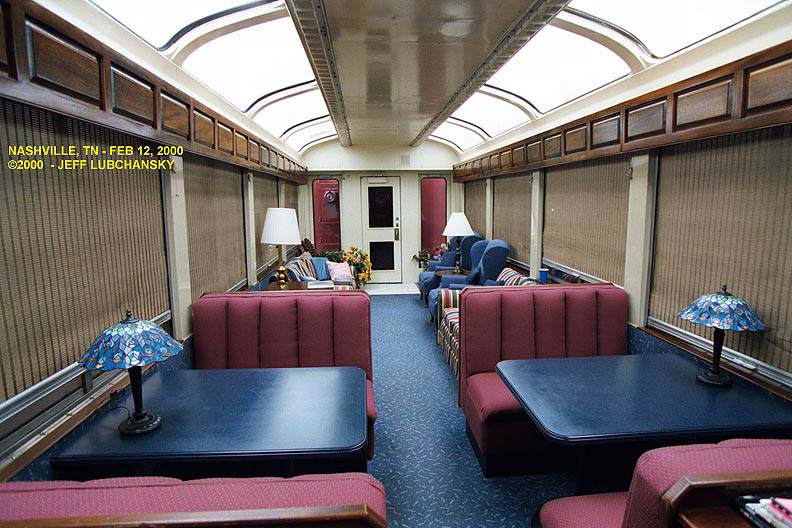 Here is an interior shot; note how the glass is part of the roof. The sun lounge
was on the back 1/3 of the car. Five double bedrooms filled the other 2/3 of the car.

The one area of the industry that is completely void of Florida passenger train models is the brass importers. Over the years numerous complete sets of passenger trains have been imported; not one of them ever ran into Florida. A few years ago Challenger Imports talked about bringing the three 1939 streamliners in; The ACL Champion, SAL Silver Meteor, and FEC’s Henry Flagler. Since all three trains had the same seven car consist, it would practical to import. Recently, a plastic model company announced they were going to produce the same three trains; alas they are no longer in business.

There is way too much material to cover when it comes to modeling the Florida trains, so much, you could write a book on the subject. Three that I would have loved to talk about are the Illinois Central, the City of Miami (SAL’s streamlined 4-6-2 – used on the Tampa section of the Silver Meteor), and the SAL doodlebugs that powered the Naples section of the Meteor from Tampa.

Over the years we have constructed numerous model railroads, and part of our service is that if  a client desires, we can provide assistance with the type of trains that will run on that layout. Whether it would just be a colorful freight or passenger train for the novice or a model of a particular train for a specific time and place, we have the resources to not only identify what would be a correct train to run; we can then lend our expertise to locating or reproducing that model as best as possible.

While we’re on the subject of constructing model railroads, it is unfortunate that very few model railroads have ever been built with a Florida or a Southeastern theme. This area of the US would definitely make for an interesting model railroad, water, trees, swamps, and the architecture would make for a very unique layout. Interested? Give us a call and we will bring back the days of the Silver Meteor, Champion, and the Orange Blossom Special rolling through the Southeast to Florida.