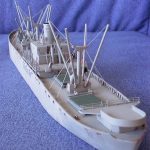 Adding a waterfront to your model railroad layout can be challenging and frustrating, however, if you get familiar with what detail parts are available and from whom, it will make it a lot easier.  There are a fair amount of suppliers out there. Some have names  that are very familiar to model railroaders, such as Walthers, others not so, such as Model Shipways. As usual, HO scale has the biggest variety available, with even a few large ships and boats (Great Lake vessels are called boats even though they can be 800 feet long) , and many of these lend well to kit bashing.

Back in the middle 1990’s Walthers introduced a line of waterfront models. This included:  A dock with a large gantry crane, a tug boat, a car float, a car float bridge (for loading the car float), and two large waterfront warehouse type buildings. They also offered and do still offer an ore dock and a Hulett iron ore unloader. Special Note: Walthers list some water vessels in their catalogue under the vehicle category. This includes items from Faller, JL Innovative Designs, Kibri, Noch, Prieser, Sylvan, and Sea Port Model Works. Meanwhile, back in the Structures category, American Model Builders offers barges.

There are some models offered in near model railroad scales. There are a few 1/72 ships, mostly WWII naval warships. There are also models in 1/60 to 1/90 scales. Check out a hobby shop that specializes in plastic model ship kits for these models. Also, a few years back I came across online a kit for a 1/87 Liberty Ship, unfortunately, for whatever reason, I did not copy the info on the kit or the web site I found it on.  A Liberty ship would make a great model for a waterfront. Not only did these ships sail during WWII, but some were converted to freighters after the war. Remember, a large part of the world’s merchant marine fleet was sunk during the war. 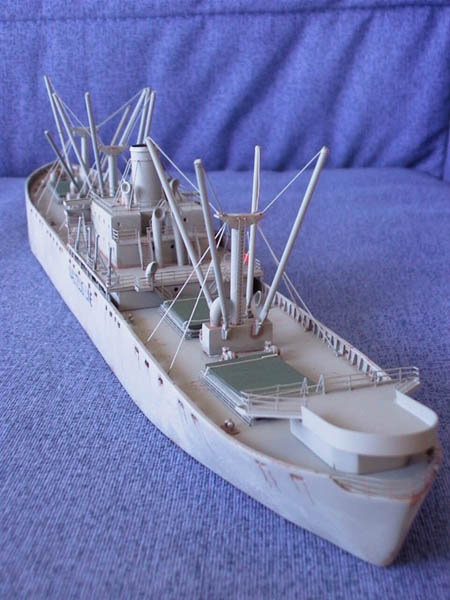 Over the last 20 years modelers have seen so many items that previously we could only have imagined. From steel mills to waterfronts, model railroaders have a treasure trove of items to choose from. Here are two of the latest rereleases of maritime models, both by Sylvan Models. The first is an N scale Container Ship and the second is an HO Pacific Coast Lumber Boat. 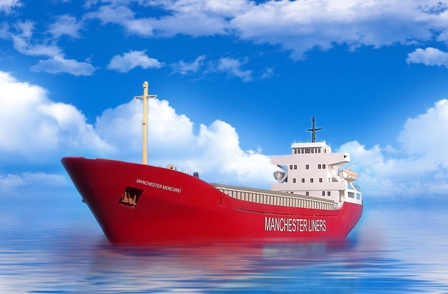 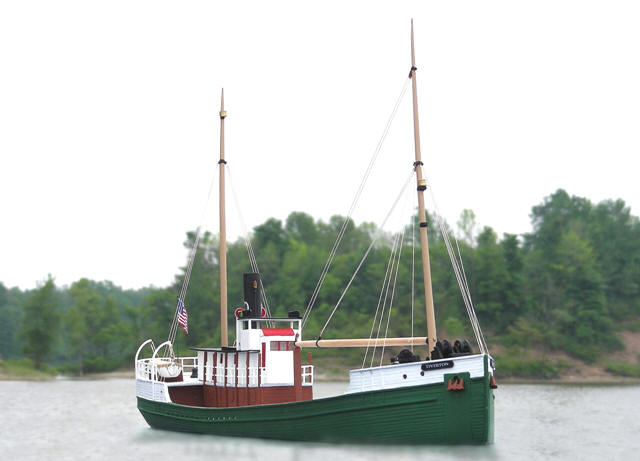 P.S. For those of you who like Great Lake Boats, do a Google search for “Great Lakes Aircraft Carriers.” You will be surprised.