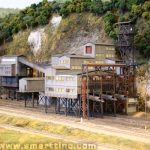 Coal was another very important part of this model railroad. The client was from eastern Pennsylvania and grew up near both the steel and coal industries, hence the need to have a very large steel mill, as well as a very large coal mine on the layout. Below you will see the largest coal mine we built for this layout. There were two other mines as well and a company town.

The mine was heavily kit-bashed from three of the Walthers New River Coal Mine kits. The mine includes both vertical and horizontal mine shafts. On one end of the main building are three scratchbuilt conveyer coal loaders. The model represents a bituminous coal mine that would mine metallurgical coal, the type of coal that is best used in making steel. 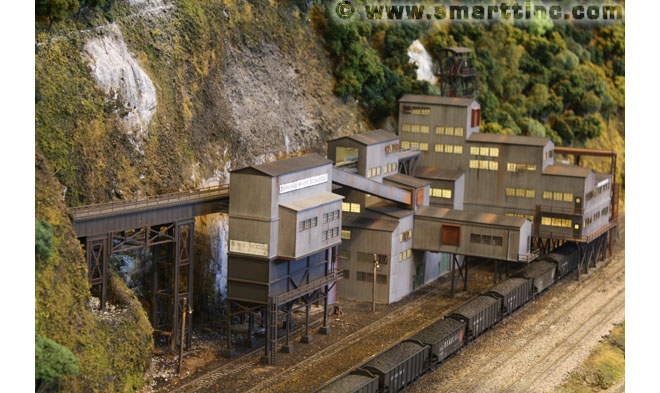 A second view of the coal mine.

Now that the coal is out of the ground, it needs to be made into coke. Coal is placed into a battery of ovens where impurities in the coal are cooked away. The coke is then mixed with iron ore, and flux (limestone) to make steel in the blast furnace. 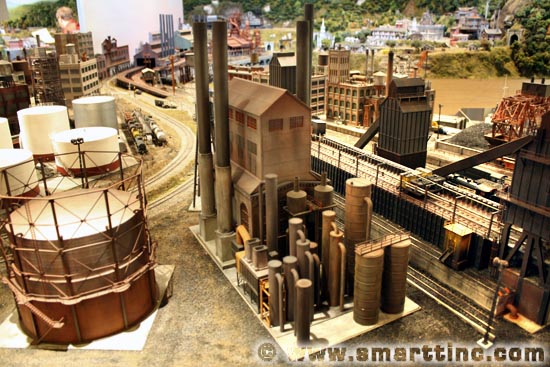 Here is our version of a coke plant. You can see a long battery of coke ovens, as well as the gasification plant (building with the three smoke stacks), and a gas storage tank. 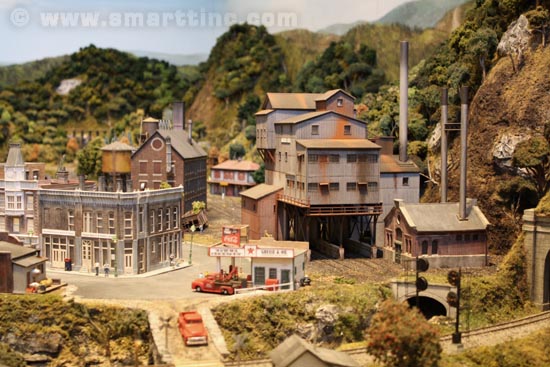 Here is a second coal mine, as well as the company town that grew up around it.

Next time: General Manufacturing and warehouses