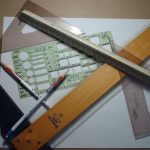 Things to Ponder When You're Planning Your Model Railroad Layout . . What Kind of Track Plan do you want? by Raymond G. Potter

By now, you should be pretty far ahead in your plans for a miniature model railroad empire. If you’ve been following along, we’ve discussed the train room, the scale, the theme, and bridges. Now let’s talk a bit more about your track plan. This will be the single most important consideration that means the difference between success and failure of your model train layout. Even before laying out scenery and structures and nifty accessories, you want the track plan to be well thought-out and the trains to run as intended. 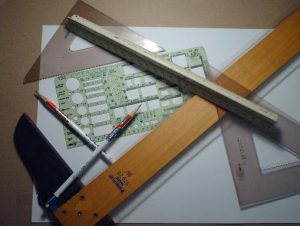 There are several methods of operation for model railroads and the choice depends both on the individual modeler and the area being modeled. There is no reason that two or more of these cannot be combined into a single layout. In fact this is rather common. Obviously, the more space you have, the more of these you can employ. The methods are: 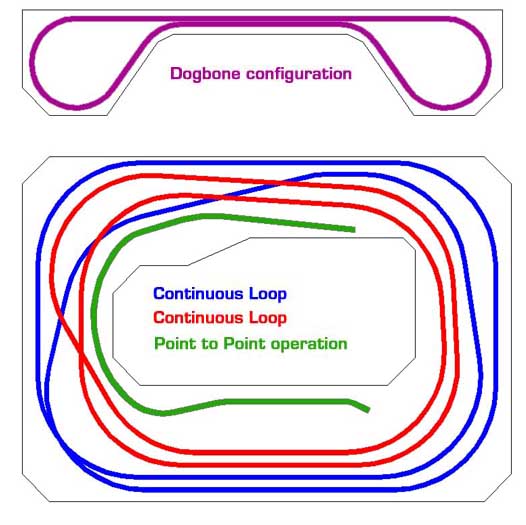 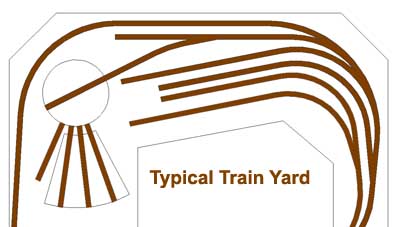 In all of these operations, you can spice up the trip by making various “station stops” along the way, essentially stopping the train to take on passengers, freight, or additional rolling stock.

To add to the complexity, you can have more tracks attached to the main lines by track switches (turnouts) to create sidings where rolling stock is parked, or even branch lines that can have their own separate operations.

If you know that you will have many more trains set up than you can run at one time, you can have a whole hidden train-yard in an adjacent room or underneath the main level; these extra tracks are called staging tracks and are connected to the main lines via more turnouts.

As you add more and more lines and turnouts, the track plan will become complicated so it is vital to record what you are doing for proper wiring, reference, and troubleshooting.

Next time we’ll look at methods of track planning…