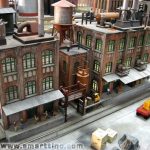 Continuing our look at a couple of SMARTT  HO layouts, you will see that steel, coal, and chemicals are not the only industries represented on these layouts. Since one of these layouts represents Pennsylvania, and the other the industrial mid-west, both also have their share of medium to heavy general manufacturing structures as well as warehouses. Here are some examples of a few of these interesting elements we built for these layouts which we will explore. 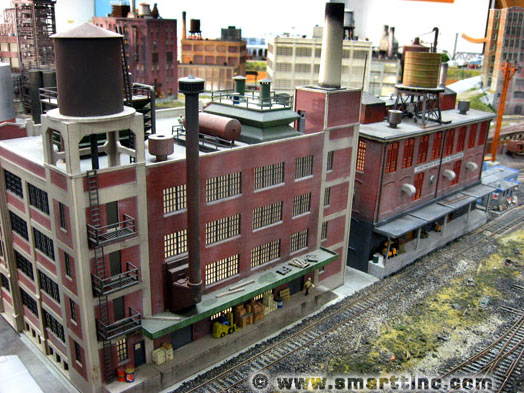 Above are two examples of warehouses, again in the waterfront district. 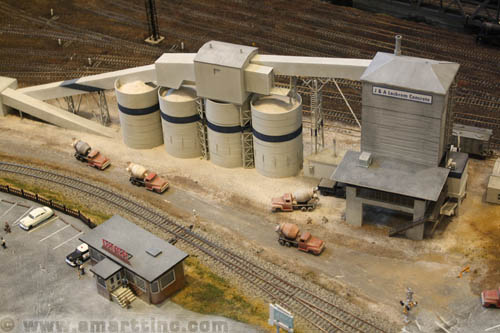 Here is a nice example of a scratch-built model of a cement plant. The model is based on an article that appeared in Model Railroader magazine a few years back. 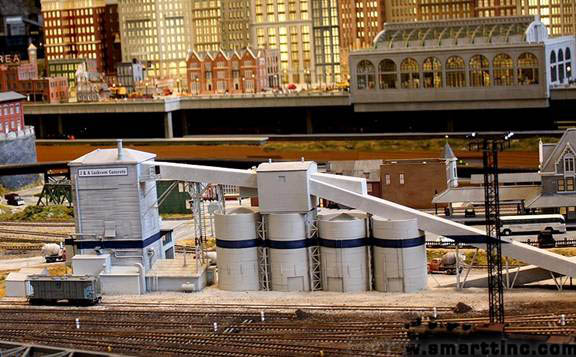 Over the years we have collaborated with some of the masters of the hobby. On steel, I was back and forth with both Dean Freytag and John Glaab of Peach Creek Shops on various ideas for the steel mills. Another master of the hobby and friend is Howard Zane, who has collaborated with us in many different ways. Those of you who know Howard, or have been to his house, will admit that he is not just an accomplished modeler but also a very good banjo player. What you may not know he is a very big admirer of Pete Seeger, one of the greatest folk musicians of all time, as well as a master of the banjo. Therefore it was very appropriate to name one of the smaller industries in the company town the Zane-Seeger Banjo Company. 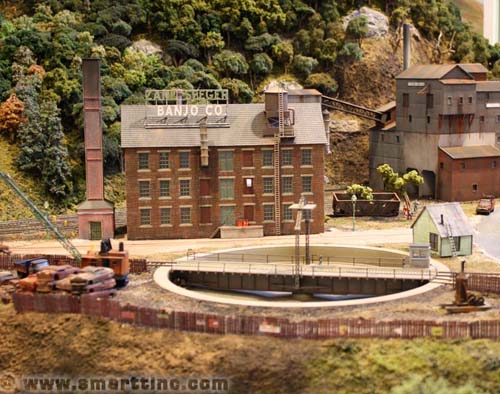 I am sure there are a lot of locals in town who own a Zane-Seeger Banjo, I could just imagine what a Saturday night sounds like down at the old UMWA union hall. In the background is another hole in the ground for those black diamonds. This is the second largest mine on the layout, and the largest employer in town. 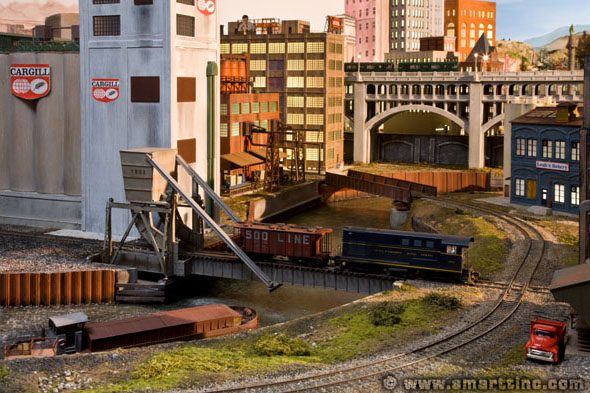 In the Cleveland Flats, we see a B&O H-10 44 crossing a rolling lift bridge with a covered hopper car, the switcher is working the Cargill plant. Also in this scene is a large warehouse (behind the Cargill plant) and a bakery on the far right. In the very back is Downtown Cleveland.

Building industrial models is not only challenging, but also fun! Not all modelers have the space to build such large models as we have presented here. However, if you do, these large dioramas add a great deal to a layout. Better yet, these larger scenes go beyond admiring the workmanship that was put into each model, and extends into the operation of the layout. We do not just build these models for looks; we build them to fit into prototype operation for our clients. The coal and ore need to be moved from the mine and the harbor to the mill, and, in the mill, the steel is moved from ingots to slabs to coils. These are functioning models that go beyond the fun of that first day to yield years of operating pleasure.