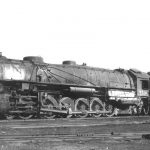 Did You Know . . . About the Biggest Non-Articulated Steamers Ever Built? by Ray Del Papa

It is a fact the largest non-articulated steam locomotives in North America were the Union Pacific 9000 class, 4-12-2, also known as Union Pacifics. They were enormous locomotives, the only six-coupled steam locomotives built in the United States.  Unfortunately, they suffered over their articulated counterparts in tracking; a six-coupled locomotive did not do well on tight curves. However, UP did get its money’s worth out of them in what they were designed for, high speed freight service. A total of 88 of these three cylinder monsters were built between 1926 and 1930. The third cylinder was located in the center between the two other cylinders. This became the Achilles heel for this class of locomotive. That center cylinder was very difficult to reach, therefore it was a major problem when maintenance was needed. 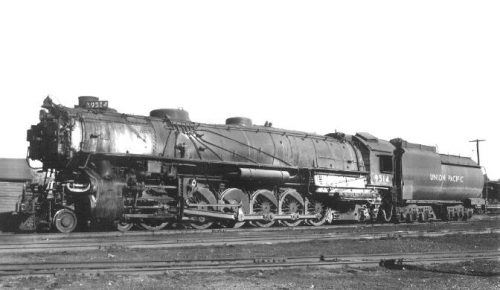 But here’s the real “Did You Know” about this locomotive. In 1930 and 1931 a group of 30 engineers from the Soviet Union toured the United States. Included in this trip was a tour of ALCO’s Dunkirk NY shops. There, they saw the last of the big 9000’s being built. Soon after their return to the USSR, the Russians rolled out a monstrous 4-14-4. However, the locomotive was a total disaster. On its first test run the locomotive tore the track apart! It was immediately stored and then scrapped. The Russians did quickly learn from their mistake and went on to build very successful 2-10-2’s and 2-8-4’s, partly based on what they learned in their US trip. 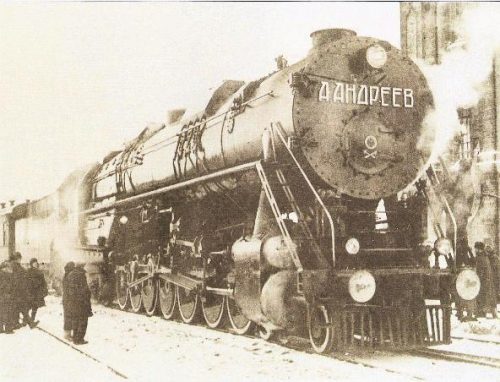 Models of the Union Pacific 4-12-2 have been imported by a few brass companies, in both O and HO scale. Currently it is offered in HO scale by MTH and Broadway Limited Imports, both in the $550.00 price range.  The problem with this locomotive is the same as the prototype, running on tight radii. This is very true for the brass imports, however, both BLI and MTH claim their models will operate on a 22” radius.