In the recent airing of Ken Burns’s new PBS documentary on our National Parks, reference was made to the role the railroads played in helping to build them. We were intrigued, and so we decided to take a more in-depth look at the influence railroads have played on those parks and what role they continue to play today.

In 1873 our first National Park was born: Yellowstone! For the first time, in a new country barely 100 years old, the idea of setting aside land for a national park came to fruition. Americans could now enjoy the beauty and the splendor of how our wilderness was before it was settled. However, to gain an appreciation for these treasures, they needed an easy way to get to these remote locations.

Ten years later, the Northern Pacific railroad built a branch line from Livingston, Montana to Cinnabar, on the northern edge of Yellowstone. For the first time Americans could travel in safety, comfort, and, most of all, ease to see our first National Park.

Soon other railroads would join the Northern Pacific by providing service to the other entrances. By promoting travel to the parks, the railroads had seized on a great opportunity to increase their passenger business. This would lead to their further involvement in creating more National Parks. From the outset the NP was advocating a creation of a public park at Yellowstone, for they saw the potential that serving the park would be profitable. Other railroads would soon follow this same philosophy. 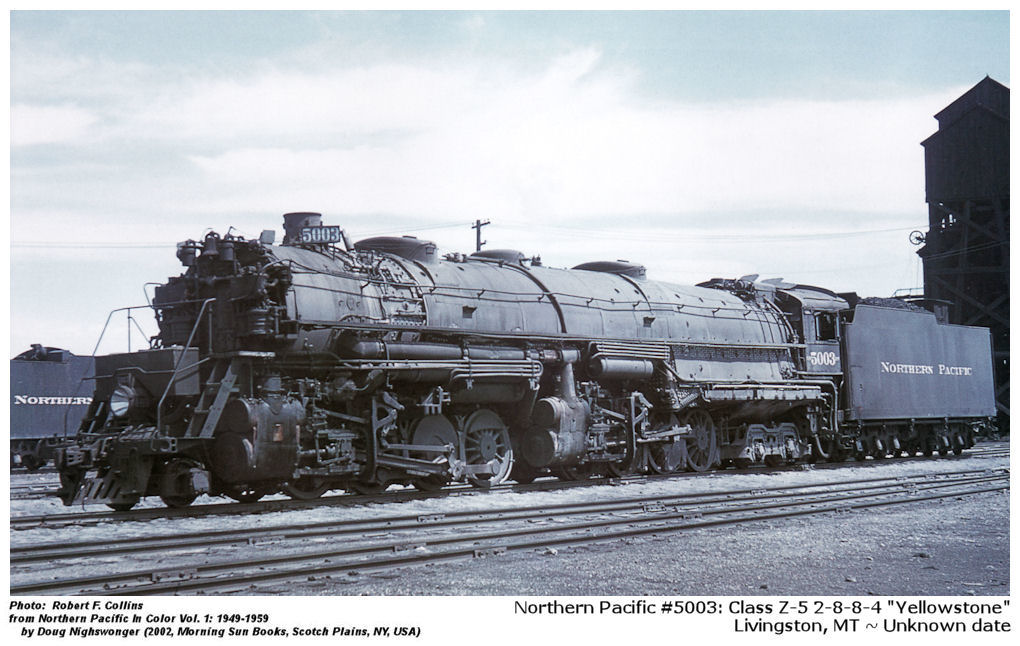 The Great Northern RR would build its own main line from the Great Lakes to the Pacific Coast, running just south of Glacier National Park. They would later paint their steam locomotives in the distinctive Glacier Park scheme: green, graphite (silver), black and red. To the south, the Atchison Topeka and Santa Fe railway would take advantage of 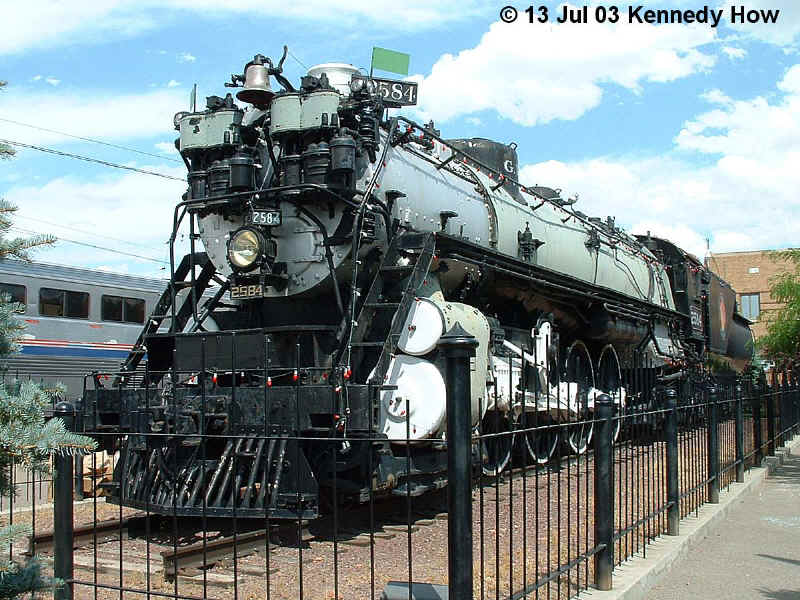 In California, the Southern Pacific RR lobbied that a national park be created to save the Sequoia trees from logging interests. In 1890 congress approved Sequoia National Park and the SP ended up promoting their service to the Park. However this was not the main motivating factor behind Southern Pacific’s intent. In reality the SP wanted to prevent logging in the region so local markets would have to import lumber from Oregon via the SP. Another park in the same region that the SP would serve was Yosemite, about 100 miles to the south of Sequoia. Both parks were in close proximity to the SP’s Shasta Route out of Los Angeles to Sacramento, and on to Oregon.

Union Pacific was not to be left out, promoting service to Yellowstone, Zion, the north rim of the Grand Canyon, as well as Death Valley. In the Southeast (Florida), the Atlantic Coast Line ran a branch down to Everglades City, a town located on the west side of Everglades National Park. The Park, established in December of 1947, sat at the south end of the ACL branch from Lakeland. The railroad offered Pullman service into the late 1950’s and coach service into the early 1960’s. I have been told that the latter day’s accommodations for coach passengers were a couple of wooden chairs in the baggage car. However, the railroad did supply transportation to and from the famous Rod and Gun Club lodge in Everglades City for the first 15 years of the Parks’ existence. 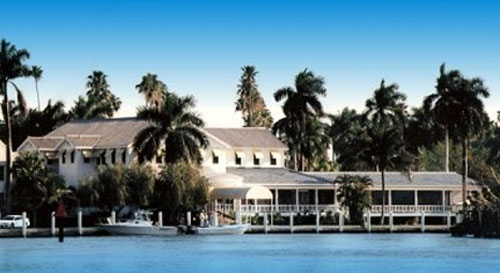 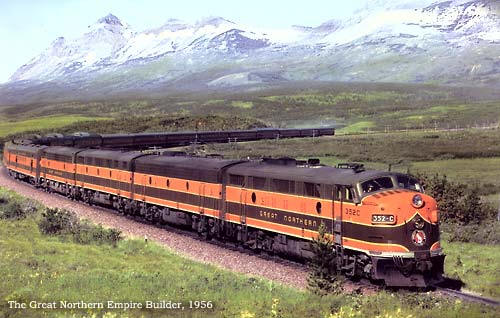 The railroads that served these new parks did not stop with just the transportation of visitors. They would build luxurious hotels, lodges, and restaurants to serve them once they arrived, with names like Old Faithful Inn (NP), Many Glacier Hotel (GN), El Tovar, and the Hopi House (AT&SF). Both of the AT&SF facilities were located at the south end of the Grand Canyon. The railroads also provided the same luxurious service they provided at these facilities to their traveling customers, with passenger train service that featured the same first class accommodation, food and drink. With names like Empire Builder (GN), Super Chief (AT&SF), The Overland Limited (UP), North Coast Limited (NP), and the Shasta Daylight (SP), the railroads also offered first class transportation from their trains to logging facilities and into the parks themselves. For the traveling public, one only needed to visit the railroad’s ticket office to make all the reservations for a trip to a National Park.

The growth of our National Parks system can be found in every corner of the United States. From Alaska to Florida and from Hawaii to Maine there are National Parks. Most of the trains that once served these parks are gone, victims of air and highway travel.

However, within the National Parks Service one can find various parks dedicated to preserving the history of our railroads. The very location of the completion of the first Transcontinental Railroad, at Promontory Point, Utah, is the location of the Golden Spike National Historical Site. Complete with replicas of the two operating steam locomotives that met there on May 10, 1869, the park is a living museum to the people and events that brought about the completion of the first railroad that linked the Atlantic with the Pacific.

Steam-town, in Scranton, Pennsylvania, is also a National Historical Site. It houses one of the largest collections of locomotives in the United States, as well as an operating railroad. Also in Pennsylvania is the Allegheny Portage Railroad NHS. Arguably the most famous location in all Railroad-dom is Horseshoe Curve, located outside of Altoona, Pa. It too is now a National Historical Landmark. Even though Horseshoe Curve is not part of the National Park Service (it is a National Landmark), we decided because of its historical value to include it in this writing.

Though many of the great railroad lodging facilities are gone from our National Park locations, and the great trains that served them are a thing of the past, one can still board an Amtrak passenger train to many of our National Parks. There are even regional passenger carriers that are dedicated to serving these parks.

The railroad operates a fleet of Alco FPA-4’s and FPB-4’s from the Canadian National Railroad, as well as two steam locomotives for special occasions. A GP-7 and three F40PH’s round out the locomotive roster. The passenger car fleet features various fluted streamlined passenger cars, including domes, coaches, and an observation car. The Grand Canyon Railway has brought back the days when railroads served our national parks as both a conveyance to and from, as well as a luxuriant host.

Once again a vacationer can ride in comfort and luxury as well as enjoy the spectacular scenery in-route, by taking Amtrak to our parks. And in the case of the Grand Canyon Railroad they can return to those experiences of luxury that rail passengers had experienced 100 years ago. 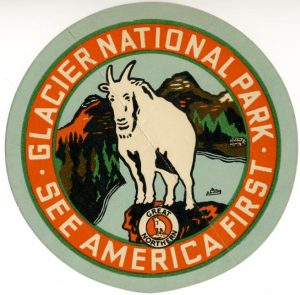