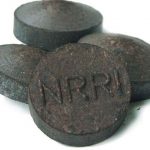 Steam Locomotives – The Next Generation

Once again there is talk of a modern steam locomotive program, this time the locomotive will run on a new hybrid fuel, “Biocoal.” Back in the early 1980’s Ross Rowland, the owner of former C&O J-3 4-8-4 number 614, announced the ACE 3000 project (ACE American Coal Enterprises), a steam locomotive for the 21st century. It never got off the drawing board (see Sidebar).

Now enter 23 year old Davidson Ward and the Coalition for Sustainable Rail (CSR). Their plan is to build a steam locomotive that is carbon neutral and capable of running at speeds approaching 130 mph.

The first step in their project was to purchase former Santa Fe Hudson 4-6-4 locomotive number 3463. The 3463 has not run in nearly 56 years and has been sitting outside in Topeka, KA. This part of the project has been finalized. The next step is to move the locomotive to its new home in the Twin Cities this fall. There, the locomotive will be completely rebuilt, inside and out, with streamlining. It will then be used as a test bed for their next generation steam locomotive project. Additionally, the rebuilt locomotive will attempt to break the world speed record for steam locomotives set in 1938 at 126 mph.

CRS has also entered into a partnership with the University of Minnesota on developing the Biocoal, however, this is the most expensive end of project.  The overall cost of the project is unknown as of this writing.

So what is biocoal? Here is what CRS says about it on their website.

” . . . The locomotive will run on torrefied biomass (biocoal), a biofuel created through an energy-efficient processing of cellulosic biomass. Biocoal exhibits the same energy density and material handling properties as coal, but unlike coal, it is carbon neutral, contains no heavy metals, and produces less ash, smoke and volatile off-gases. Since it exhibits such similar characteristics to coal, biocoal has the potential to revolutionize the way the United States generates clean electricity.

Imagine a fuel with the same energy, density and material handling properties of coal, without the associated carbon footprint, heavy metal, or sulphur content. The University of Minnesota’s Natural Resources Research Institute (NRRI), a leader in the efficient processing of cellulosic biomaterial into carbon neutral biocoal, has engineered such a fuel.

Due to the abundance of sustainable forest in Minnesota and the energy efficiency of the torrefaction process, biocoal can be produced at reasonable cost. Though not as cheap as current domestic coal production, this price range is significantly lower than the diesel fuel that currently powers all diesel-electric fleet. When comparing the fuels on a one-to-one scale, factoring in the overall thermal efficiency of each technology, the efficient external combustion of biocoal makes it substantially less expensive than diesel fuel. . . “ 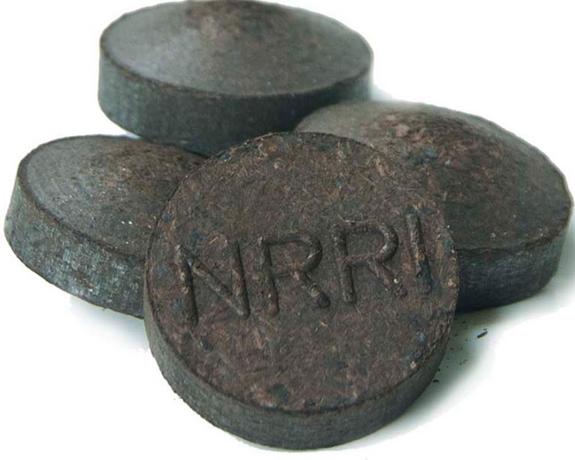 An example of biocoal, photo University of Minnesota

What will the new locomotives look like? The description I have read (there are no drawings as of this date) calls for cabs at both ends and computerized firing. The ACE 3000 project also showed (drawing at the beginning of this story) cabs at both ends, so it may turn out to be similar in design to the ACE 3000.  Good luck to CRS, I hope you have better luck then Ross Rowland had with his ACE 3000 project; a fall in oil prices in the early 1980’s help kill that project. Convincing people in the US to leave their cars at home and get on a train is very difficult, especially in places like South Florida. But just maybe Davidson Ward will be the Steve Jobs of modern steam locomotive technology.