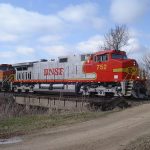 Ten Things You May Not Know About Model Railroading

1.       Marklin of Germany marketed the first toy train set in 1891.
They are credited with offering the first complete train set which included a locomotive, cars, and track. The locomotive had a wind up clockwork mechanism. They also offered extra cars and locomotives as well as some structures. The first electric train was introduced in 1897 by a U.S. company, Carlisle & Finch. In 1901 Lionel Cowan began to produce electric train sets in New Jersey. Soon the name Lionel became synonymous with the electric toy train market.

2.       Today you can control your model train from your I-phone or computer.
Model railroading has evolved into a very hi-tech hobby.  Model trains have come a long way from those early wind-up toys. Direction,  speed, smoke, sound, and track switches  can all be remotely controlled by a hand held device, your computer, or your I-phone. You can now individually operate multiple trains on the same track, completely independent of each other, running in different directions and speeds. You can pre-plan different routes and scenarios, making station stops, switching out cars at sidings, and changing multiple train operation schedules. Some of these exciting features are achieved with some programming, which can be fun in itself, if you are so inclined, and some merely by recording the moves you make for playback. In short, today your model railroad can be a true real life 3-D experience on a par with many action packed computer or video games.

3.        In the United States there are seven different scales you can model in.
From live steam Gauge One to Z (the smallest) a person has a lot of options size wise. Many of these scales also offer their narrow gauge counterparts, indentified by an “n” (for narrow) prefix. Example; a model of an O scale 3 foot gauge train would be On3; the HO version would be HOn3.

d.       S scale-1/64 American Flyer made this gauge popular starting in the late 1940’s.This is also the scale of most Matchbox vehicles.

e.      HO scale-1/87 the most popular. More people model in HO scale and more items are available in this scale, then any other.

h.      However, in Europe there is a smaller scale, T at 1/450. Most items are British but there are a few American models available.

4.       More money is spent on model railroading than any other hobby. According to a U.S. Hobby Manufacturing Association study, model railroaders spent between $409,500,000 and $424,770,000 on the hobby in 2009. Model railroaders outspent their closest rivals in general hobbies by $47,132,500, Model railroad expenditures also beat out the radio controlled industry by $61,857,500, and plastic and die cast purchases by $118,992,500. The study was conducted by the University Of Louisville School Of Business. The study also found that the overall sales in the hobby industry exceeded 2006 numbers by 8.6%, indicating the recession had little effect on the hobby industry.

b.      Roger Daltrey, of the Who  – His large HO layout is under construction.

c.       John Entwistel, of the Who  – Had a large collection before he passed away.

e.      Rod Stewart – he has a very large and highly detailed HO model railroad that he did the majority of the work on. See our recent blog article.

6.       Rock stars are not the only notables who love model trains.
Tom Brokaw, Joe DiMaggio, Curt Schilling, Merle Haggard, Frank Sinatra, Sally-Jesse Raphael, Mel Torme and James Doohan, are only a few celebrities who play with model trains. A replica of Frank Sinatra’s train layout was featured in the HBO movie, “The Rat Pack”. The building that housed Frank’s layout was specially built to resemble the railroad station in Ramsey, New Jersey. The building was a main part of the Sinatra’s compound at Rancho Mirage.

7.       Thomas the Tank: There is a real one!
Most children love Thomas the Tank Engine, the TV show, books, DVD’s and the various different model replications, both electric, and hand operated, are extremely popular. But unlike most models that replicate a real train, Thomas never did, until now. Today there is a real Thomas the Tank Locomotive running on standard gauge track in North America. Therefore reversing the prototype to model concept, to model to prototype. Thomas visits many operating railroad museum around the country. Check with your local museum to see if Thomas will be coming to your vicinity.

8.       A model train can be part of your home décor.
A train layout is no longer something you need place on a 4X8 sheet of plywood or sit on saw horses in your garage, or hide in your basement.  In a very upscale high rise condominium in South Beach, right here in Miami, glamorous model trains runaround the ceiling of the whole apartment, suspended from the ceiling on clear acrylic with stainless steel and chrome fittings. This model railroad is designed to fit into the Art-deco modern décor so popular in South Beach. In Detroit, a combination S and O gauge layout is blended into the wood furnishings of the owner’s train room, a true piece of furniture. Likewise with an O Gauge layout in Chicago, as well as many other SMARTT projects, a train layout can become part of your home – a show piece for your family and friends. 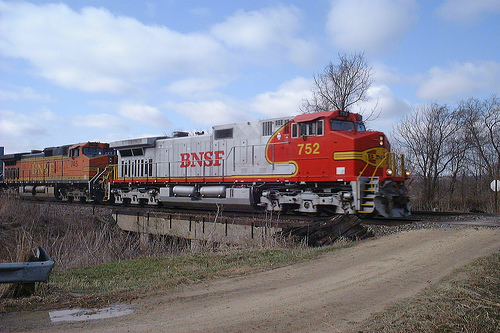 Some of the locomotives that wore the classic Warbonnet scheme;

10.   You don’t have to be a very skilled modeler to get involved in model railroading.
Part of the growth and success of this wonderful hobby is that it is not intimidating to get your feet wet. The hobby has always been novice friendly; the toy train industry became successful because it offered easy to assemble train sets from the very beginning. Today you can purchase highly detail models that are ready to go right out of the box. True, creating  large, complex layouts can be a challenge, but help is usually around. In fact, that is the need that we at SMARTT fulfill. All in all, model railroading has a place for every skill level, so join in and get on board!

Model Railroading is not an old passé hobby that is dying! Quite the contrary! Model railroading is doing very well as it enters the second decade of its third century. Never has there been such a variety in so many different scales, at affordable prices, with state-of-the- art technology. Model trains are booming in every scale. Come and join with so many others in what has become “The World Greatest Hobby”!