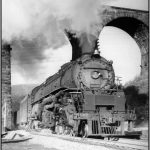 The Delaware and Hudson Railway – “The Bridge Line”

The railroad map of the Northeast has changed drastically over the past 50 years, with not one of the original railroads surviving today. Of all those railroads, it was the D&H that would become the last holdout of both the Northeast and the Anthracite railroads. The D&H would eventually succumb to today’s reality of the mega railroad, but not without putting up a great fight. In the early days the Delaware and Hudson Railroad would only cross the Hudson River in upstate New York but never reach the Delaware River. However, with the advent of Conrail, the D&H could finally hold true to its name and not only reach the Delaware River but cross it into both Newark and Philadelphia. The new D&H would also reach as far west as Buffalo, NY and south to Potomac Yard just across the river from Washington DC.  The D&H, famous for hauling Anthracite coal and for being a “Bridge Line” between Canada and the Northeast, was first built to tap the Anthracite coal fields of Pennsylvania. However, with the decline of the Anthracite coal market after WWII the D&H needed to find a new direction. It did so by expanding its appearance as a bridge line. This allowed the D&H to become the last holdout of the Northeast railroads. 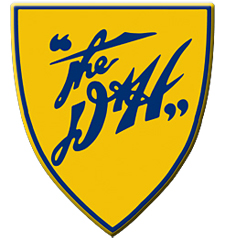 STEAM ON THE D&H 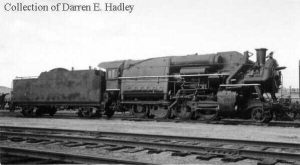 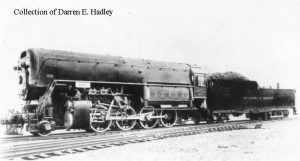 SURVIVAL AND A NEW DIRECTION

As the use of anthracite coal diminished after WWII, many railroads of that region found themselves in a very difficult situation. Some would not even survive the 1950’s and early 1960’s. First to go was the New York Ontario and Western in 1957, followed soon after by the Lehigh and New England in 1961. The other Anthracite Roads, Reading, Lehigh Valley, Erie, Central of New Jersey, and the Delaware Lackawanna and Western, all scrambled to find a alternative way to survive. In 1960 the Erie and the DL&W merged into the Erie Lackawanna. The LV would first partner with the Nickel Plate (this operation continued after the NKP merger with the N&W) to form an alternative route between Chicago and New York City. The railroads would run two run-through freights,   the Mercury, a manifest freight, and the Apollo, a hot piggyback train. By 1972 the

C of NJ would relinquish its trackage in Pennsylvania to the LV, including its massive yard in Allentown, PA. The Reading would team with the Western Maryland to reform the new Alphabet Route. The D&H also needed to be part of this ever changing new railroad map and did so by joining with some of its former competition to open new markets for her.

The D&H was always a natural bridge route to Montreal, and one thing it could do to remain financially solvent was to expand on that route. The D&H had connections in Binghamton, NY with the Erie, DL&W, and LV, to Buffalo, NY to points west. Albany, with its connection with the New York Central, opened up New York City. Eagle Bridge, with the Boston and Maine, gave the D&H access into New England. Wilkes-Barre was the D&H connection with the PRR to Harrisburg and all the way down to Pot Yard in Alexandria, VA, and the LV and C of NJ opened the door to Allentown-Bethlehem plus Philadelphia. The important fact here is no other railroad had a direct route from the U.S. to Montreal from the south. This allowed the D&H to expand on those gateways with new through-freights and the use of pooled locomotive power to run them. 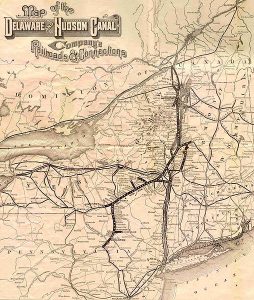 Allentown would become a major terminal for the D&H in expanding its bridge line traffic. Trains NE-87 and NE-84 would arrive or depart with either D&H, LV, or pooled power everyday. The trains ran between Pot Yard in Alexandria VA  and Portland, Maine, involving the cooperation of the B&O, Reading, LV, D&H, and the Boston and Maine. The Reading would power the trains between Allentown and Philadelphia, and the B&O would handle the Philly to Pot Yard run. On the New England side, the B&M would run the trains between Albany, NY and Portland, Maine. One advantage of this multiple railroad route was to avoid the New York terminals and their expensive and slow car floats, since there was no direct freight trackage to connect with the New Haven. This became even more of an advantage after the New Haven Railroad’s Poughkeepsie Bridge caught fire and eliminated that railroad’s New York Harbor bypass from the railroad map. 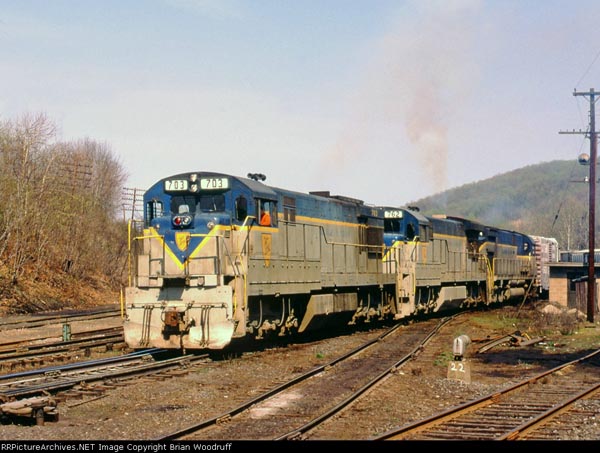 Binghamton, NY and Sayre, PA was another major interchange point on the D&H. For decades the LV and the D&H would transfer cars on this run via Owego, NY and the Erie and later the EL. This operation became a favorite among railfans because of the use of older locomotives. The LV got some of the last miles out of their PA’s and FA’s on this turn, and the D&H found that their two RF-16 Sharks were very well suited for the job. The bread and butter end of this interchange gave shippers a direct route to and from the Midwest and South to Montreal and New England, and its popularity among them could be counted in the number of cars interchanged daily. It would have been interesting to see how a run-through train may have worked out of either Buffalo or Allentown to Montreal. However, the changes that were on the horizon for the Northeast rails would end most of these operations and bring an end to every railroad in the region except the D&H. 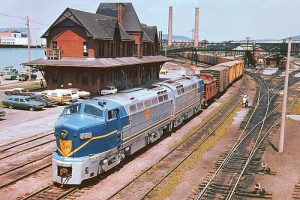 Sharks in Sayre, photo from the Sylvain Assez collection

Next time, in part 2, Passenger traffic on the D&H and where the D&H is today.