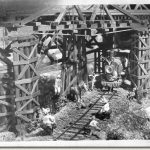 By now you should have an idea of where your train room is going to be and the space you have to work with. You also should have nailed down a scale you want to work in. The next question becomes what do I want to build?  Therefore the next step is a theme for your model railroad, followed by a good track plan that fits the theme you have chosen. Fortunately, there are a lot aids to help you along; books, videos, professional layout designers and builders, as well as your own creativity. Let us look at each one of these in a little more detail.

Putting the horse before the cart, coming up with a theme first is very important. What does a theme mean? It could be an area of the country like the North Carolina foot hills. It could also be an era like the 1920’s – 1930’s in New England, or a specific railroad, like the Union Pacific. You could go the total freelance route with a generic setting, or make it whimsical. Always remember that it is your model railroad, your empire, your world, and it has to make you and your family happy.

After you’ve settled on a theme, it’s time to come up with a track plan. A good track plan is the key to making your model railroad not just easy to operate but also interesting for years to come. You don’t want to return to the days of a train constantly going around and around on an elongated circle unless you thrive on boredom. On the other hand, you don’t want to create a layout that resembles a spaghetti bowl. The all-track and very-little-scenery approach does not lend to a very visually interesting layout. That is why you need to come up with a good balance between scenery and track. Harmony, yes-that Zen thing is important. This is where all those aids we talked about in the first paragraph come in handy. Take your time and don’t rush your track plan, and remember there is always SMARTT  to lend a hand.

Let’s take a brief look at trains, locomotives, and rolling stock. I know I have used these words before; there have never been so many highly detailed model trains available as there are now. There is a very large variety to choose from in all scales and not only do many come with a full range of realistic sound effects, some even talk! In fact, one manufacturer has a program that allows your voice to be used as one of the locomotive’s crew members. I could write on this subject forever, so the best way to explore what is available is get the catalog for the scale you are doing and plan out what you want and figure on what you can afford.

A special note for those who have little children who love Thomas the Tank Engine; there is a real Thomas in the US that runs on standard gauge track. It makes the rounds to various locations every year, so even you dyed-in-the-wool prototype modelers can justify running Thomas. Thomas is available in many scales, and would be a great way to get children interested in the hobby too. 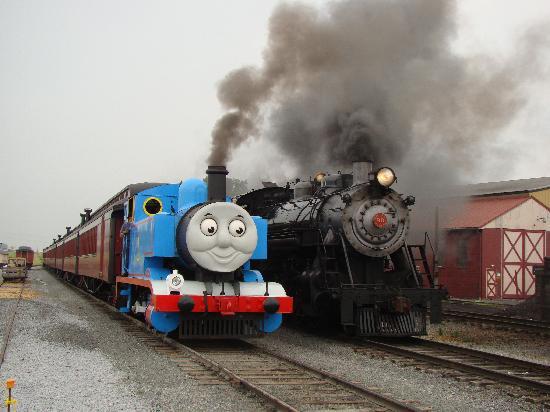 ( The full size Thomas Locomotive operating on the Strasburg Railroad in Pennsylvania
photo from tripadvisor.com by Abingdon_MD_Mike)

Once you have a theme and a track plan, it is time to go to work and begin to build your railroad empire. In the last installment, Part 5, we’ll look at putting it all together.