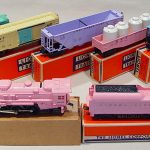 Model railroading is not just a one gender hobby. Over the years many women have become very involved and a very important part of this hobby. You could say, “behind every great model railroad there is a woman.” From the NASA engineer who incorporates the same lighting system she designed for the space shuttle into her N scale projects, to the woman who made Hallmark Models a leading name in brass model trains, women are playing a very important role in this hobby. And let us not forget the wives, girlfriends, and sisters who have added their own personal contributions to our shared interest in model railroading.

Bobby Hall became part of this hobby right after WWII.  She started Hallmark Models (not associated with the greeting card company), one of the best importers of quality brass model trains. Hallmark imported both HO and N scale models. In 2006 Bobby Hall wrote a book about her life in model railroading, Tracks from Texas to Tokyo. Her Super Crown models of the middle 1990’s are considered a benchmark in detail. Like most of the highly detailed brass importers, she used Samhogsa as a builder. Hallmark’s best known models included Santa Fe’s famous Blue Goose 4-6-4 and both AT&SF 2-10-4 and 4-8-4.

Bobby would become the first woman president of the Model Railroad Industry Association in 1981. She would later be inducted into their Hall Of Fame in 1996. Bobby passed away in 2006. She will always be remembered as a very important pioneer in this hobby.

Gail Allen is a Master Modeler in the National Model Railroad Association, the highest honor given by that organization. Gail is an excellent scratch builder as seen below in the coal dumper model. Gail and her husband Ross (now deceased) formed Railserve’s Custom Model Railroads; through this company they built several custom model railroads. One of their best known projects was Calvin Winter’s Key West extension of the Florida East Coast railroad. Gail and Ross had their own model railroad, the West Virginia Northern, which is now being preserved in a new location. 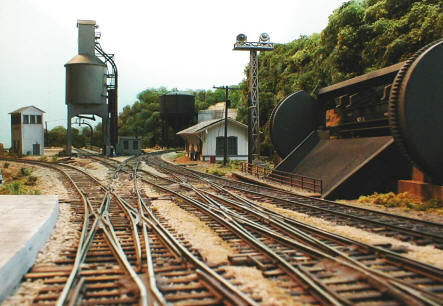 Leslie is another NMRA master modeler and a NASA engineer. Her professional expertise is electronics, however, like all great modelers, Leslie has expanded on that foundation. Leslie has given numerous clinics at various model railroad events ranging from electronics to weathering. Of the thousands of members of the National Model Railroad Association, only 450 have attained the level of master modeler; Leslie is number 289. Below are the NMRA criteria for achieving master modeler, from the NMRA official guidelines.

To qualify as a Master Model Railroader you must:

Earn a minimum of seven AP certificates (out of the eleven available) then submit a Statement of Qualification.

Of these seven certificates, you must have at least one from each of the following four areas:

Like Bobby Hall, Beverly Belkin was on the retail end of the hobby. Beverly teamed with her husband Irvin in 1956 to form Bev-Bel corp.  Bev-Bel specialized in producing limited run roadnames and schemes on items produced by the major manufacturers, but not offered by them. This offered a major convenience to those modelers who liked the less popular roadnames, but lacked the time or talent to paint and decal models themselves. Bev-Bel was an innovator in the hobby; they would eventually push the major manufacturers to expand their limited road names productions runs. Today one can find almost every road name and paint scheme that was prototypical for a particular model.

You don’t need to be an importer of highly detailed brass models or a master modeler in the NMRA to be part of this hobby. Women have been a big part of their husband’s, boyfriend’s, or their own model train layouts ever since this hobby began. How many times has that new locomtive come in the form of a gift, by someone who shared in the love of trains? Or how often has that special woman’s touch finished off a perfect vignette that takes a scene to a totally new level. We have seen it here at SMARTT  with those women who are part of our team. We are not alone in this feeling. I know that for most of the other producers of custom layouts, women are a very important part of their team also. I remember back in the 1950’s Lionel produced a special train set just for girls, complete with a pink locomotive. They knew that it was not just boys, or men that played with trains.